Home > Journal > A Potenza’s sculpture to be placed in Florence

A Potenza’s sculpture to be placed in Florence 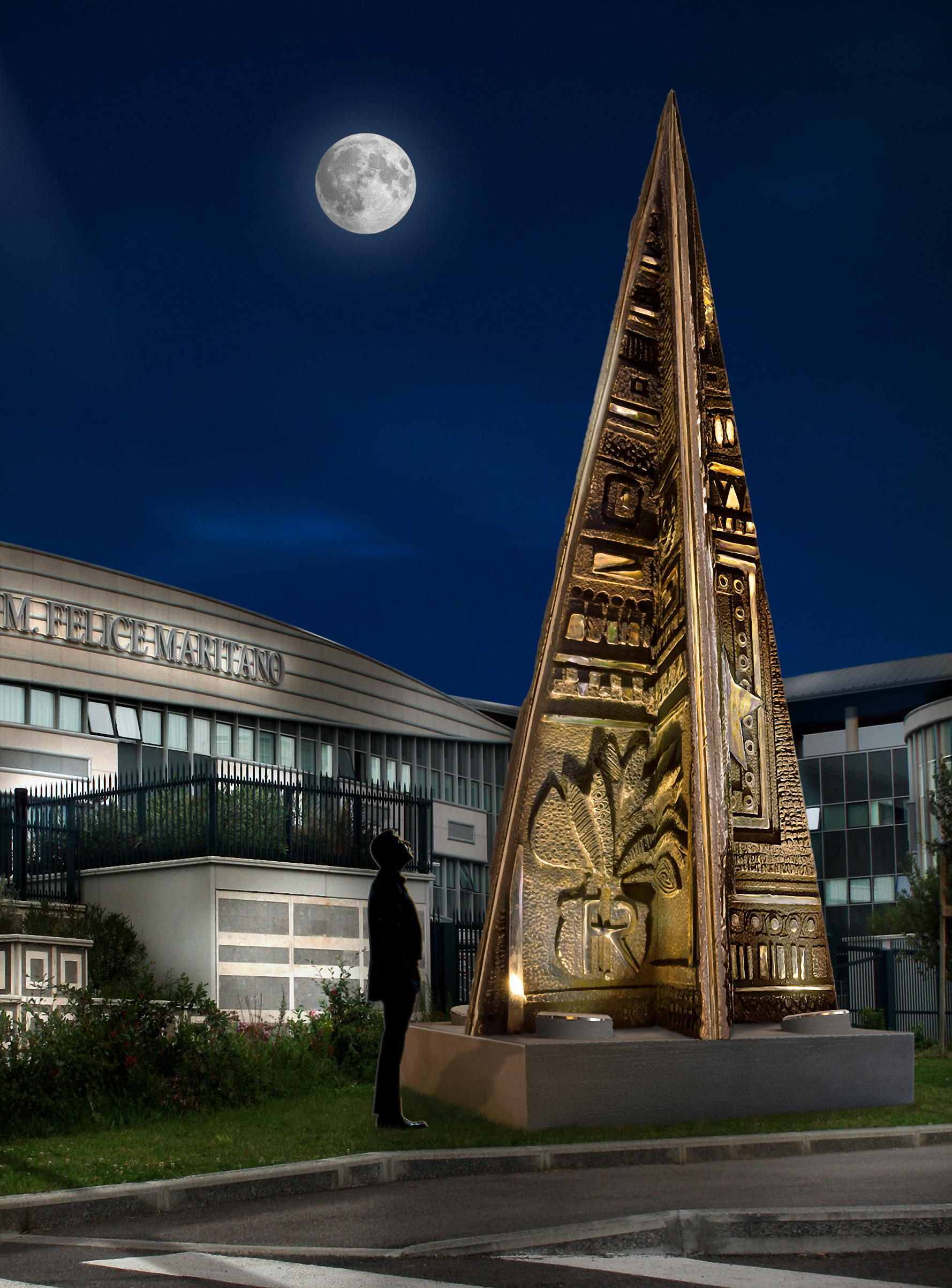 Gianmaria Potenza wins the national competition for the realization of a work of art to be placed at the entrance of the new Marshals and Brigadier School of the Arma dei Carabinieri in Florence. The news was communicated a few days ago by the Ministry of Transport and already published in the Gazzetta Ufficiale on 30 November.

The winning work is a bronze, pyramidal arrow with four arms, whose shape and grandeur represent the figure of the ideal commander. The arrow, in its symbolism, indicates a path, the way to follow. Like the ideal Commander, he identifies a goal and points towards an established direction to reach. The same shape of the arrow brings the gaze of the observer upwards and projects to the future.

On each of the eight faces are carved symbols: the flame with thirteen points, distinctive frieze of the Carabinieri; the Star of Italy, an Italian patriot symbol with a unifying and protective value, indicates daily commitment and respect for laws in pursuit of a common goal; a labyrinth, whose collected form infuses a sense of protection and therefore wants to be a reference to the protection of the citizen. Finally, the numbers, which represent the year of birth of the Carabinieri Corps, 1814 and which evoke the daily commitment in the fight against crime.

The sculpture will have dimensions of h 650 × 270 cm with concrete base h 60x270x270 cm, where will be placed four led lights for lighting with light beam projected from bottom to top on each of the eight faces.

The works will begin in 2019 and already by the end of next year it will be possible to admire the completed work.